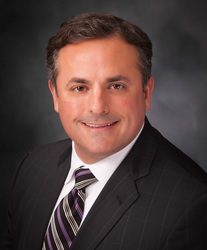 Dale Raymond is ACTIVECYBER’s Founder and CEO. In this role, he is responsible for the company’s strategic direction, recruiting and mentoring top talent, developing a culture for success, and overseeing the delivery of the company’s performance. Dale has more than 25 years of experience in the technology sector as an entrepreneur, operator, and investor.

Dale launched CTC-Cyber in partnership with a Maryland-based VAR in 2015 after selling his interest in cybersecurity firm, Anchor Technologies, Inc., which he co-founded and served as its President and CEO since inception in 2002. In November 2016, Dale acquired the full interest in CTC-Cyber, and the company rebranded as ACTIVECYBER. Since 2016, Dale has helped hundreds of organizations mature their cybersecurity posture and prove they are compliant and secure to third parties and key stakeholders via our ACTIVE Framework™.

Dale began his career in sales and marketing working with GE Capital IT Solutions and Vanstar Corporation after securing his education at the University of Maryland. He is involved in the community with groups supporting Gonzaga College High School in Washington, D.C., St. Jude Children’s Research Hospital, and “Keep Tahoe Blue.” Dale lives on a farm in Maryland with his wife, three sons and enjoys all things Chesapeake Bay and watching a good Lacrosse game. 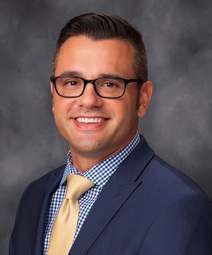 Jason is a Partner and ACTIVECYBER’s Senior Vice President. He is responsible for the execution, implementation and management of our go-to-market strategy and holistic portfolio of cybersecurity and risk management services. Jason has over 15 years of experience in engineering, consulting and management in both the commercial and government space, and is a Certified Information Systems Security Professional (CISSP) and a Certified ISO 27001 Lead Implementer.

Jason joined ACTIVECYBER in early 2015 as Principal Security Consultant and has been instrumental in the company’s growth and success. Prior to this, he held positions in cybersecurity operations, project management and a variety of cybersecurity initiatives. Jason began his career with IBM in their Information Security Practice after securing his Bachelor of Science from the University of Connecticut and earning a Master of Business Administration from the University of Maryland. Jason lives in Virginia with his wife, children and Penelope the family dog.